Bill and Tiki at the 2016 Greek Independence Day Celebration at the White House, April 2016. 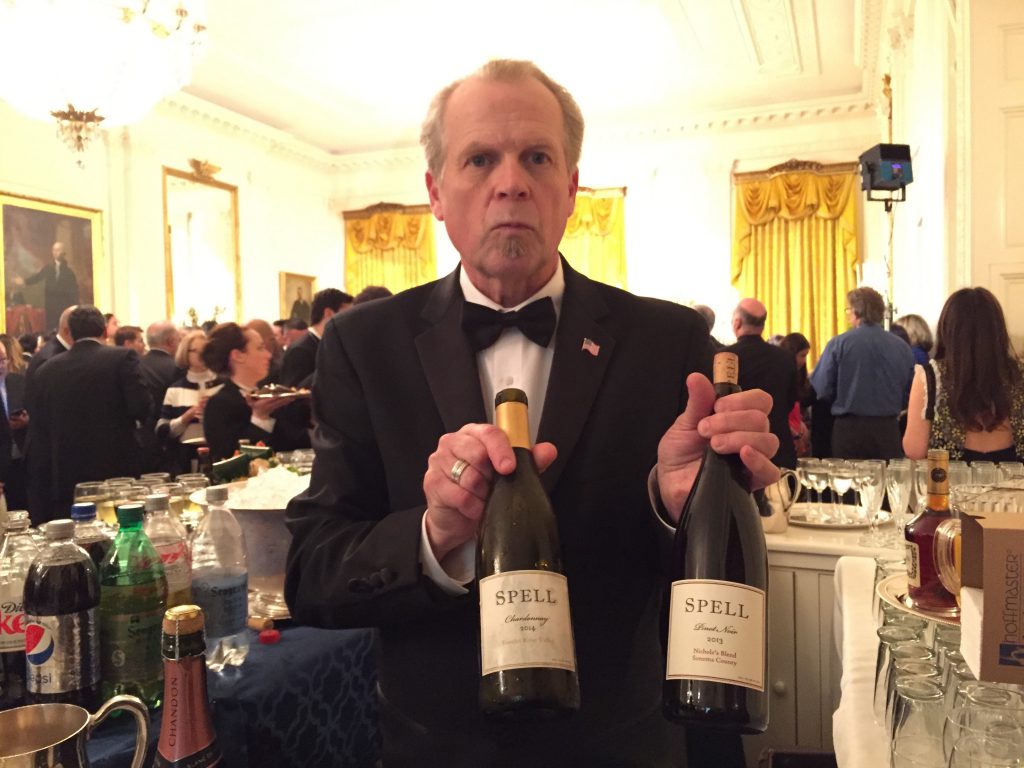 Spell Estate donated our 2013 Nichole’s Blend Pinot Noir and 2014 Chardonnay to the Greek Archdioceses to serve at the event.

WASHINGTON –President Barack Obama hosted yesterday April 4, 2016 at the White House, the Annual Greek Independence Day celebration and reception for the 30th consecutive year, honoring the 195th Anniversary of the start of the Greek War for Independence of March 25th, 1821.

His Eminence Archbishop Demetrios of America met in private with President Barack Obama and Vice-President Joe Biden in the Green Room, just prior to the public event, which started in the East Room of the White House at 5:00 p.m., and was attended by approximately 400 guests representing the Greek-American community.

Vice President Joe Biden in his remarks talked about his personal bonds with the Greek American Community and the Greek Orthodox Church making specific mention of his visit with Ecumenical Patriarch Bartholomew in Constantinople and the Athenagoras Human Rights Award he received last year. The Vice President said he had talked on the phone with Alexis Tsipras, the Prime Minister of Greece earlier in the day and he reassured the audience that the United States will continue to stand by and with Greece as an ally and a friend. He then introduced President Obama and Archbishop Demetrios.

Archbishop Demetrios began his remarks thanking the President for his “gracious hospitality” and said: “despite the heavy demands of your schedule, and the multitude of cares you have for this nation and for the whole world, you offer to us so generously your time today at the White House to honor and celebrate March 25th, the Day of Greek Independence.”  The Archbishop’s remarks centered on the fundamental and non-negotiable, God given value of freedom.

Read more about the celebration