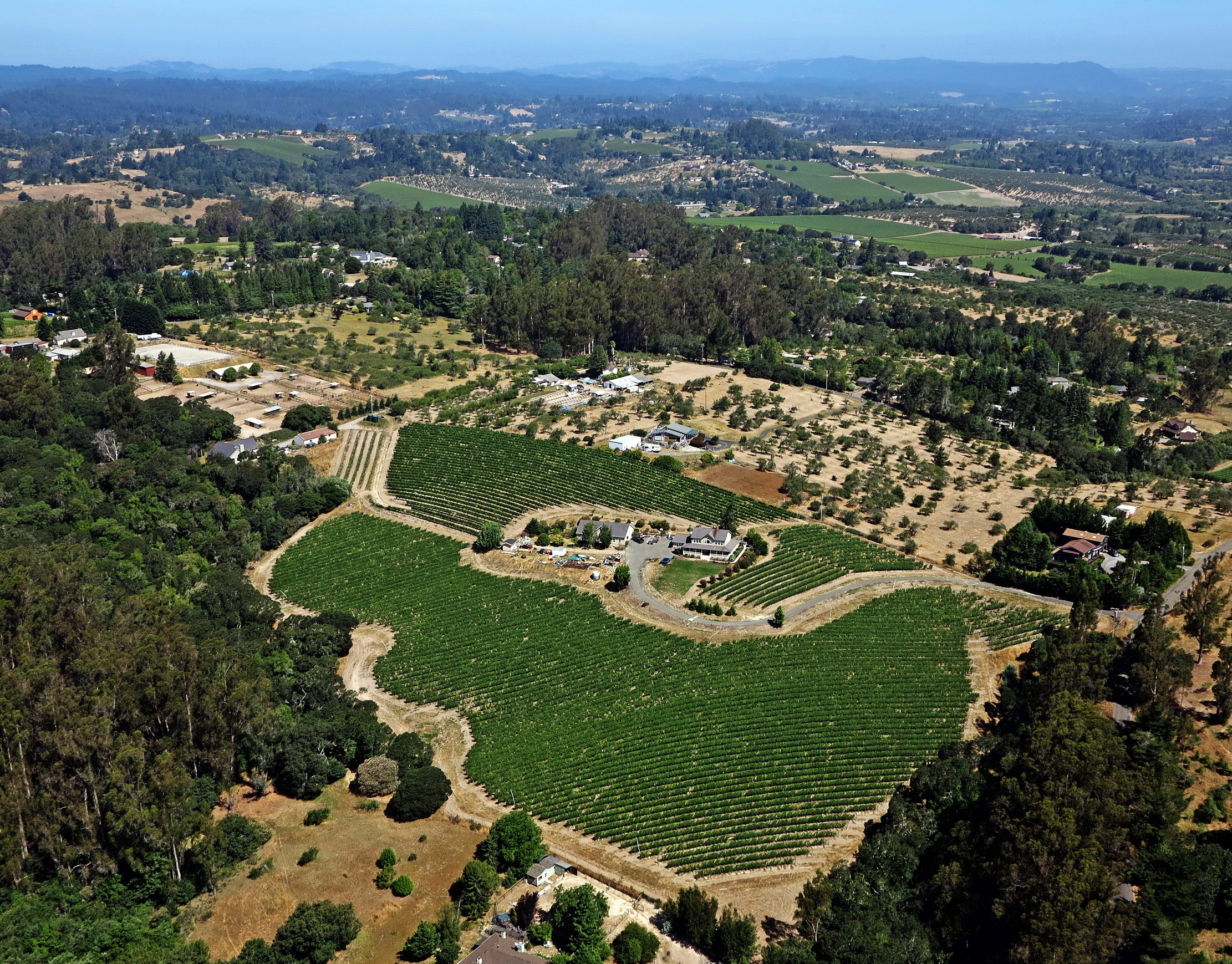 The wines produced from the Umino Vineyard are an exceptional balance between Russian River Valley and the Sonoma Coast AVA’s. The wine is typically fruit driven, but has great balance and a mineral element more common with west Sonoma Coast wines.

The first harvest for Umino vineyard was 2000, with ensuing harvests going only to super premium labels, with some ultra premiums. With each vintage beyond 2005, the fruit has been vineyard designated and has progressively excelled with each vintage. It is believed that with the 2006 vintage the climax of quality has been achieved due to vine balance.

David is a third generation farmer who took a 33 year detour as a forensic Metallurgist, but returned to his quest for a life of peace and independence as a farmer. Dave grew up on a truck farm in the tiny central San Joaquin Valley town of Orosi, which was named by the Spanish explorers that first saw this region and described the wild wheat as a “Sea of Gold.” Included in the many varieties of fruits and vegetables his family grew, was a vineyard planted to Thompson Seedless, which was probably the early catalyst for his love of vineyards. But in those early days as a teenager the vineyard was more a love/hate kind of relationship since the vines provided some escape from the incessant heat of the summers in the Central Valley, but was also a favorite hangout for spiders and bees. In this vineyard Dave cut his teeth on cane pruning and tying vines on the California two wire trellis system in the bitter cold of those tulle fog mornings, and having his toes run over by the vineyard trailer while harvesting.

On his farm in Sebastopol, California, located in one of the coolest growing viticulture areas in California, it was obvious that Pinot Noir was the variety to grow. The initial inquiries in 1987 to experts in viticulture yielded a resounding “NO” to planting any kind of grapes. But in 1995, partly out of desperation at the declining apple industry in Sonoma County and partly out of shear joy of proving the “experts” wrong, the plans were set in motion to plant an 11 acre portion of the 23 acre property to the highest quality Pinot Noir Dijon clones, which were just becoming available. Through a little luck or good fortune, an order cancellation provided the opportunity to plant the 4 dijon clones chosen in 1997, based on John Caldwell’s study and the Saintsbury trials. The clones are: #115, #667, #777, and #459. The first three have been well documented as being of the highest quality for long aging, and intense wines. The latter clone (#459) is not as well documented but as was initially suggested by the French Viticulture experts, if grown correctly can yield a phenomenal wine of great varietal intensity and character with great depth and a floral nose.