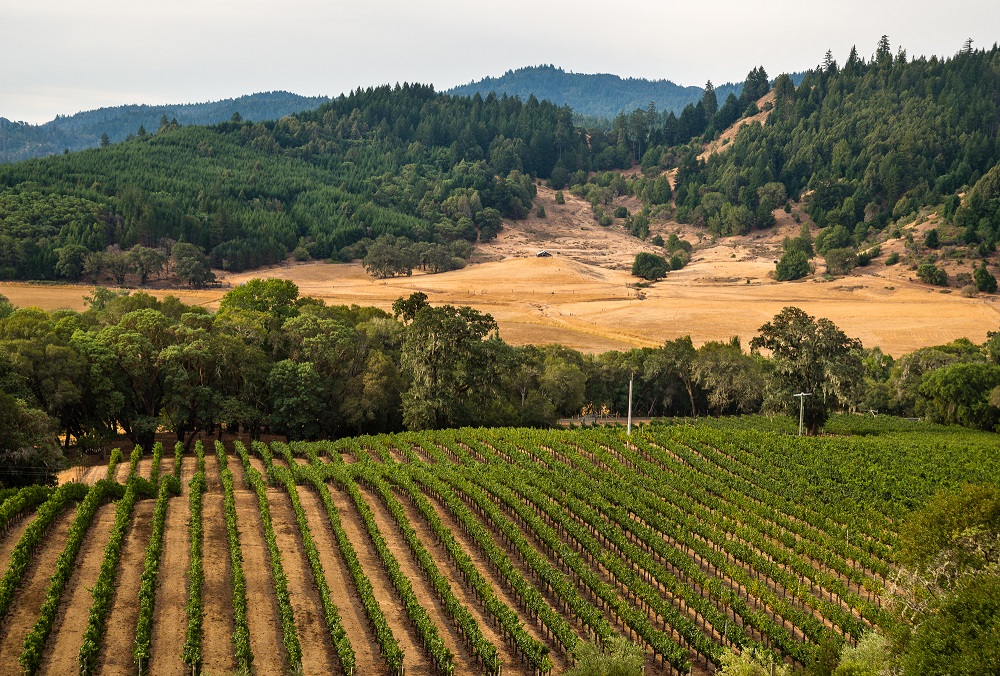 Weir Vineyard Pinot Noir displays a number of enticing features including remarkable fruit purity and tension, mid palate richness, bright and mineral-driven acidity, and enough structural bones for age ability. A floral note tends to show up on the nose, and many wines have a savory component. All wines tend to improve over time in the glass with aeration. The most typical and distinguishing feature of every bottle that I have tasted can be summarized by a six-letter word: FINISH. The Weir Vineyard Pinot Noirs offer a finish of heightened intensity and uncommonly generous length which is the hallmark of great wine. It is often said that the feature that most distinguishes a Grand Cru Burgundy is the length of finish. Bill has said, “The deep personal involvement with growing these grapes has tremendously enriched our enjoyment of our lives. We think this will come through in the wine.” This is definitely true. – Rusty Gaffney, Prince of Pinot

(article experts from Prince of Pinot’s: Weir Vineyard: Getting to Know Winegrower Bill Weir and the Pinot Noirs from His Very Special Vineyard)

Bill Weir spent his formative years in Chicago living with his mother after his father died when Bill was very young. His mother moved the family to Mill Valley in Northern California when Bill was 16. After a stint in the marines, he attended junior colleges looking for a career and eventually went to University of California at Berkeley to study architecture and mechanical engineering, both fields that would come in handy in the establishment of his vineyard in years to come. He eventually changed his major to business administration and was encouraged to enter law school. After graduating from Hastings Law School, he successfully practiced law in San Francisco for 40 years.

During his years of law practice, Bill made wine in his garage with friends, an activity that led to some marital discord since he had cases of wine scattered all over the house. His wife, Suki, told him, “Your wine is mediocre at best, so stop it.” Bill, who was looking for a long term exit strategy from the practice of law, offered her a compromise. In 1987, he had acquired a 160-acre property in the Yorkville Highlands appellation near Anderson Valley, formerly part of a 5,000-acre sheep ranch. He asked Suki if he could grow grapes there if he agreed to stop making wine. She was receptive, based on two conditions: He had to attend formal viticulture school and he had to look at winegrowing as a business.

Beginning in 1989, Bill attended night and weekend classes at Santa Rosa Junior College under the tutelage of Rich Thomas. He also traveled to Burgundy where he sought out advice and insight. In 1991, he had a consultant look at the property and examine the soils. The consultant told him that Syrah, Zinfandel, Pinot Noir and Chardonnay were feasible options. Because of his visit to Burgundy and his personal preference, he decided to plant Pinot Noir. This was a daring decision, since there was no significant precedent for growing Pinot Noir in the Yorkville Highlands.

The Weir Vineyard property is located about 7 miles south of Boonville in the Anderson Valley near the headwaters of the Navarro River at 900 to 1000 feet elevation (Anderson Valley in comparison is about 400 feet elevation in Boonville). There is a melange of soils which fall into the Yorkville Series that are mountainous, deep, well drained, and composed of schist, brittle sandstone, and other sedimentary and metamorphic rocks including quartz. Some percentage of loamy clay keeps the soil united.

The climate is characterized by dramatic diurnal shifts in temperature of 40º to 50º. Bill considers the diurnal bounce to be the key to the success of his vineyard, since he thinks the nighttime cooling intensifies polyphenol compounds (flavors), preserves acidity, and produces smaller berries during the growing season. (The value of high diurnal temperature variation is a controversial subject among viticulturists).

Remington Norman (Grand Cru, 2010) has said, “In addition to its physical and situational components, terroir has a human dimension….Sit over a glass of great Burgundy and discussion rapidly comes around to how far the hand of man, as much as that of plant, site and climate, is reflected in the wine. “Great terroir only represents potential, for man is necessary to bring it to complete fruition.” Weir Vineyard is a perfect example of this. Bill has had considerable influence on his site, soil, and how his vines perform and represents an integral part of the Weir Vineyard terroir.