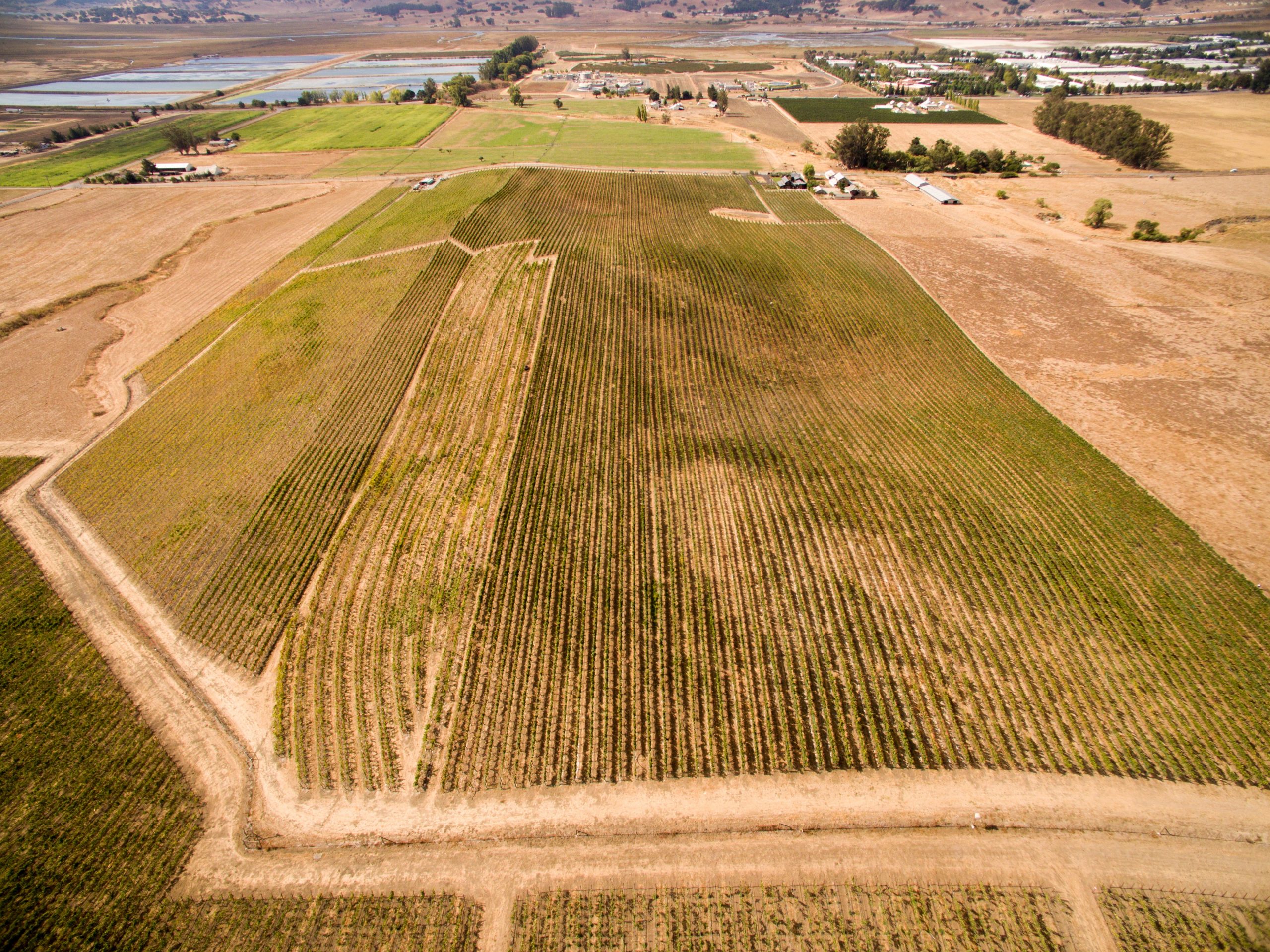 “With its proximity to San Pablo bay and it’s clay-loam soils the grapes from Terra de Promissio Vineyard produce wines of exception elegance and purity of place. Its everything we expect Pinot Noir to be. I enjoy working with the fruit because the wines produced from the vineyard have a distinctive character unlike any other on the Sonoma Coast.” – Andrew Berge

“At Terra de Promissio, we employ organic and sustainable farming practices that consider the entire ecosystem-vines, insects, other plant species, soil life, soil type, and our surrounding ecosystems-in order to minimize pests and diseases and create a healthy symbiotic relationship between our vines and the land.”

The ranch was a dairy farm that the Karren’s purchased in 2000. The vineyard was planted in 2002 and the first vintage was 2005. Spell has been purchasing grapes since 2010.

Charles and Diana Karren are both very passionate about growing grapes. It has been their dream to plant, manage and raise a family on the vineyard. Their story together began in 1998 when they met on the Caspian Sea. In 1999, Charles proposed to Diana at the Temple of Bacchus, the God of Wine, in Baalbek, Lebanon. She said, yes, and they celebrated at the famed Chateau Kefraya in the Bekaa Valley.

Upon returning to the United States, Charles and Diana began their search for what they called their Promised Land. They had looked at over 100 sites in Napa and Sonoma when they came across a beautiful 53-acre ranch, overlooking the town of Petaluma. The ranch was on two rolling hills, had the right soil profile and fresh water from a well. Most importantly, the hills faced southwest, which would get both the sun exposure and the wind and fog of the Petaluma Gap. All these characteristics are ideal for cool climate style Pinot Noir grapes.

Charles and Diana oversaw the planting 33,000 vines in 2002. During that summer, they brought Diana’s parents from Russia to help manage the vineyard. Terra de Promissio had its first harvest in 2005 and sold to 3 wineries. In 2012 and 2013, they planted an additional 18,000 vines to bring the total planted acreage of Terra de Promissio Vineyard to 50 acres.

In 2013, the vineyard had its 9th harvest and sold fruit to 13 wineries. Since day one, every row and block is custom farmed per each winemakers specific instructions.